To tell you the truth, I used to be a Jakarta hater. Having lived in (then) much cooler Bandung and (then) traffic-free Bandar Lampung, Jakarta felt like hell with all the traffic jam, long distances, heat, humidity, and high expenses. But Jakarta has a lot more options of job that I was looking for as soon as I finished college, so I chose to stay. 12 years later, I’m still here. I still can’t say that I love this metropollutant city, but I hate it much less and I can enjoy Jakarta a lot more now. And it’s not without effort.


If you are a Jakarta hater, or still trying to see the goodness of this 487 year-old city, let’s have a tour with me. A slow paced tour to enjoy Jakarta’s often overlooked spots that actually fostered my appreciation toward the city little by little.

So here are my ways to enjoy Jakarta:

Located in the upscale area of Menteng, Central Jakarta, these shabby shops can be easily seen as something out of place. But if you take your time to stroll down the sidewalk and take a closer look at the stuff they’re selling, chances are you’re going to stay there longer than you thought you would.

Some (if not many) of the stuff isn’t real antiques, as you can see them in the making or being polished just outside the shops. But a lot of the really vintage ones are awesome! Like the cannon, the scuba diving helmet, the ship’s steering wheel, and so on. And my vinyl-collecting friends also like to shop on Jalan Surabaya, as well as my art-director acquaintances for their vast collection of antiques or antique-looking items.

Across the antique shops, there are a few cafes and restaurants where you can have good coffee, like the Giyanti, and delicious food at Cali Deli or Madame Ching. All in all, Jalan Surabaya is really a nice change from the shopping malls that spread all over Jakarta.

I notice in these last few years that Jakarta has been taking care of its parks a lot better than it used to. The parks are now cleaner, safer and livelier. I’d go to the parks for jogging, picnic, meeting friends, and sometimes reading. In a city with high-polluted air, being near the trees can serve some good to your lungs.

Some of my favorite parks of Jakarta are the Taman Surapati and Taman Menteng, both in Menteng (Central Jakarta) and Taman Honda Tebet in Tebet (South Jakarta). Guess what, the park within Central Park shopping mall area (West Jakarta) is not bad either!

This might not apply to everyone because not everyone sketches, though it’s never too late to learn. Trust me, sketching is not 100% talent. Much of it requires practice, so everybody can actually do it.

I’ve recently started to sketch again, a hobby I’ve long put aside. It’s totally refreshing. What’s even greater about it is that I can do it anywhere I want! In a park, in a café, on a moving train (which makes funny squiggly lines), even in on the balcony of my home.

Sketching requires observation. In order to do that, you’d need to stop and be in the moment. And when you sketch, you’d notice some details on the objects that you hadn’t noticed before. It’s totally a way to enjoy Jakarta, or any other place for that matter.

Being married to a history buff, the interest rubbed off on me. I’ve grown fondness to history lately. Proven in our trip to Burma, knowing the history of a place helped me enjoy and appreciate it a lot better than being ignorant and treating it just as another tourist destination.

The Jakarta we know today is shaped by a very very long history. It’s a melting pot of many cultures and importance since centuries ago. The Dutch in colonial era ruled from Batavia, Jakarta’s old name. Sunda Kelapa in the North Jakarta was an important harbor for the trade among many nations. The Betawi (Jakarta’s ethnicity) culture is greatly influenced by the Chinese, Malay, British, Dutch, Portuguese, Indian and Arabic, for these are the cultures that were brought in along the trading and colonialism. So there’s really no point of being racist, as people of different races are tangled with each other in one way or another.

It’s great to know that now young Indonesians put more interest in the nation’s history. More history walking tours are held in Jakarta and around, like the ones I was on with Gelar Nusantara trip organizer to the Kota Tua and Petak Sembilan, as well as Tangerang. If you ever run out of ideas of what to do in Jakarta, look up for some walking tours. It’s time to take out those dusty walking shoes again.

As Jakarta is the capital city of Indonesia, it is also a melting pot of many nations and cultures from around the world. I, for one, have so many expatriates as my neighbors, from China to Nigeria.  It’s interesting to try diverse kinds of food being sold in the mini markets around my area, as well as hear the foreign dialects and languages in the elevator.

Jakarta is blessed with its diversity of cultures. It is the diversity that trigger the many cultural events often initiated by the foreign cultural centers. Just to name a few: the Europe On Screen, which is a film festival that screens movies from European countries, the Culture Japan Night that highlights Japanese anime, and the Holi Festival of Colors, which is an Indian tradition I’ve been wanting to experience.

Life in Jakarta is not all about making money and honking the cars in front of you. Take time to immerse in cultural events and get to know your neighbors. It sounds cliché but clichés exist because they are true.

So, a life in Jakarta is never a dull one. There is always something going on, something to see, to do, and something to enjoy. It is up to you to keep hating this inescapable city or finally try to enjoy Jakarta.

If you have other ideas on how to enjoy Jakarta, do share with me in the comments below.

This post is in cooperation with Berrybenka.com, who has generously let me choose from their so many cute and awesome fashion items!

Hello! This is me. (Click this pinky image and see what happens.) 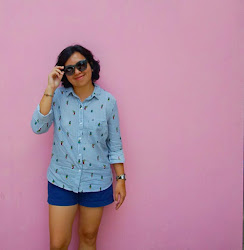 Vira Tanka. I like to travel, sketch and write. I freelance as a writer and illustrator. I also love working out and staying fit & healthy is one of my goals in life. However, I don't function well when I'm hungry.

Get Free Voucher from Airbnb

Check Out My Gift Shop 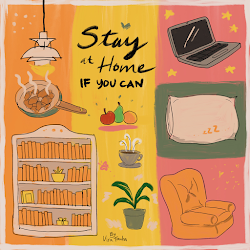 By Vira Tanka - my sketches printed on merchandise. Click the image for more